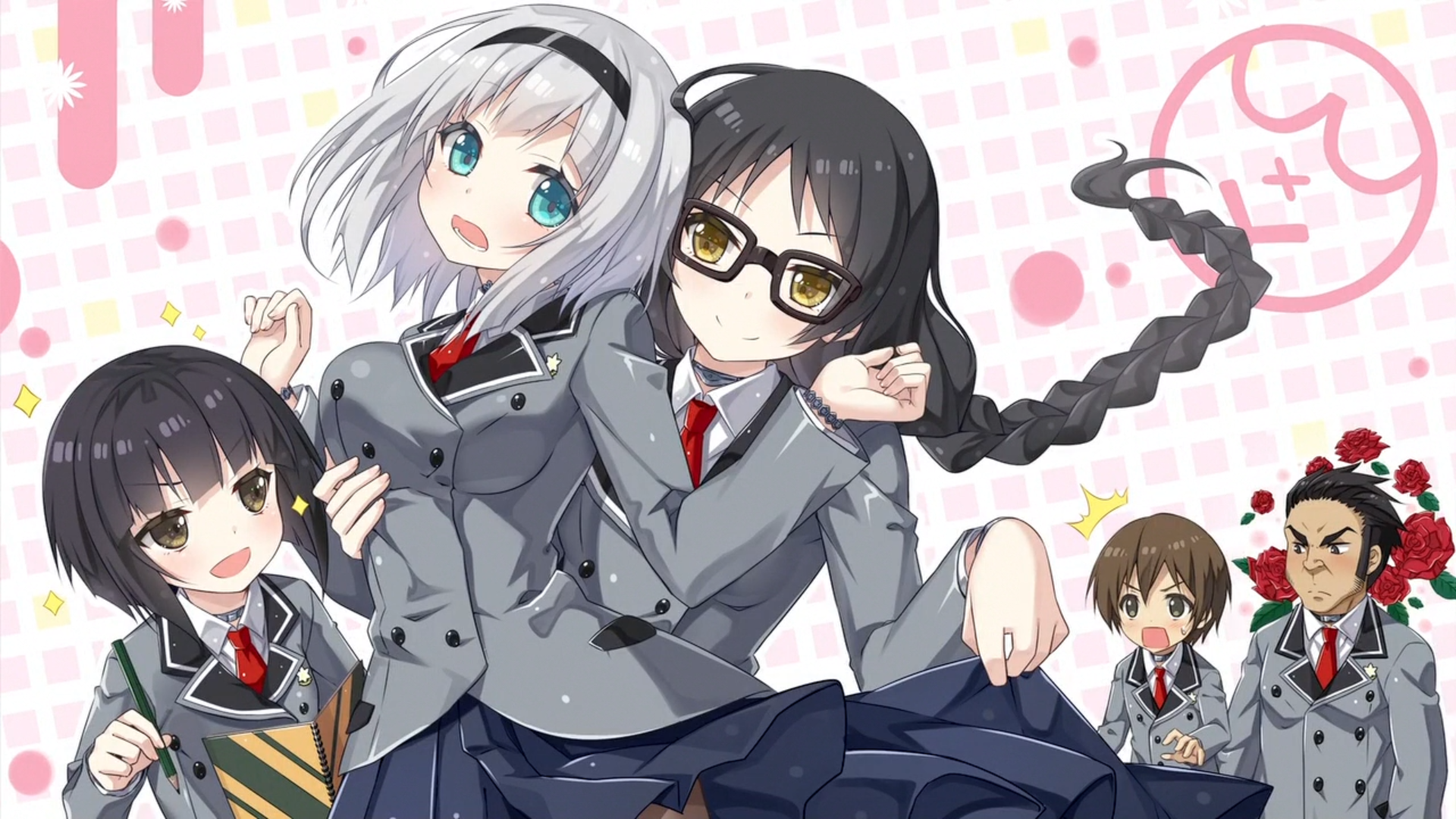 With the introduction of new strict laws of morality, Japan has become a nation cleansed of everything obscene and unclean. By observing citizens with special devices worn around the neck, the authorities took extreme measures to keep the society chaste.

In this world of sexual repression, Tanukichi Okuma – the son of a notorious terrorist who opposed the laws of chastity – has just entered high school offering his help to the school council to bond with President Anna Nishikinomiya, his childhood friend and lover.

Little did he know that Vice President Ayame Kajo has a secret identity: Blue Snow, a masked criminal distributing obscene material to a protected public, and Tanukichi got the girl interested because of his father’s notoriety.

Tanukichi soon joins her organization SOX, where he is forced to spread obscene propaganda, helping to launch an offensive against the oppressive rule of the government. With their school established as the first point of attack, Tanukichi will have to do the unthinkable when he realizes that their main target is the person he most admires.

As with many anime series, Simoneta has two voiceovers, one for the original Japanese version of the show and one for an English-speaking audience. Unfortunately, Miyu Matsuki, the actress who played Anna in the Japanese version, died shortly after the series’ first season. This could be one of the reasons for the lack of news on the show’s second season.

While Matsuki’s death is a tragedy, it is likely that the show’s creators will be able to find a replacement for Anna’s voice if they decide to continue for another season of the show. If the series had returned for a second season, the rest of the main actors would probably have returned.

including Yusuke Kobayashi as Tanukichi Okuma and Shizuka Ishigami as Ayame Kajo for the Japanese version, as well as Josh Grelle (Tanukichi Okuma), Jamie Marchi (Ayame Kajo), and Monica Rial (Anna) for the English version. The show will most likely be dubbed into Japanese and then translated into English.

Since the series has not been renewed, there are no official details on what the plot of the second season might be. The first season consisted of 12 episodes and covered the first and second volumes of a light novel, from which the series was adapted. The series had 12 novels in total, so if the series returns for another season, it will have a lot of material to cover.

The show’s first season ends with the opening of an old mansion filled with graphic and vulgar treasures. All the main characters in the series swear that one day these treasures will return to the world, offering the writers who can take on the project a lot of potential for future stories.

There is a lot of material available, but it is unclear if they have the will to create additional episodes of the series. Until that decision is made, fans will have to settle for the 12 episodes they have.